Preheat the oven to 350. Core and chop the Asian pears and apples. Combine the chopped fruit, sugar, flour, cinnamon and pecans in a bowl and mix until everything is evenly distributed. Transfer the fruit into a greased 9-inch round or an 8×8 casserole dish. Pour the water over the fruit that will keep more moisture in the dish.

In the bowl, combine the ingredients for the crisp and mix very well, until all incorporated. Spread the crisp over the fruit, evenly. Bake for 40-45 minutes. 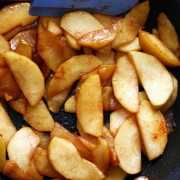 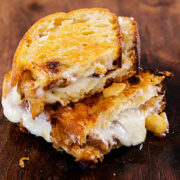